The world's most most liveable city is... 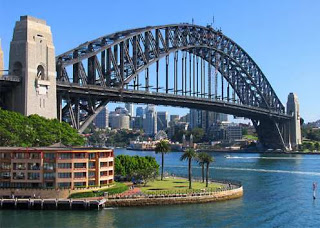 The results of the 2013 survey of the World's most liveable cities have just been released. Melbourne won, and three other Australian cities - Sydney, Adelaide and Perth all made it into the top 10.

Whether you agree or not with the Economist Intelligence Unit's criteria and the associated accusations of "anglo-centricity" (ie: a liveable city means an English speaking city), I think most would agree with the general tone of the list. On a sunny spring day where would you rather be? Melbourne or Douala?

Of course we would rather be strolling around the waterfront on the harbour or Port Hacking or taking in the new blooms in the botanical gardens. Who doesn't enjoy the afternoon sunshine watching the AFL finals at "The G" or the distinctive smell of the freshly cut lawn of our suburban block.

All these things are great - and we miss them. But with their goodness and pleasure comes a trap.

The trap is, that living in one of the most liveable cities in the world can lull us into thinking, we've got it all. Heaven is here for us now. We're living in "God's country."

That has a lot of implications for us - including where we put our hope and what we think is important. But it also makes it difficult to leave.

Let's be frank - there are not many moments when I'm working here or driving around the city when I'm tempted to think "This is heaven on earth". Life here is harder than it is in Sydney. Not just because we are foreigners - it is harder for our local friends as well.

So if you're living in Sydney or Melbourne, leaving to go somewhere else for the sake of the gospel might well be harder - because the "differential" between the life you have and the life you will have is so great.

But here's the thing. Living a happy "liveable" life is not the main game.

Remember when Jesus was talking to his disciples about wealth and riches. He said

"I tell you, do not be anxious about your life, what you will eat, nor about your body, what you will put on. For life is more than food and the body more than clothing ... Do not seek what you are to eat and what you are to drink, nor be worried. For all the nations of the world seek after these things, and your Father knows that you need them. Instead, seek his kingdom and these things will be added to you." (Luke 12:22-23, 29-31)

I wonder if Jesus was speaking to Aussies today he'd say don't be anxious about what you will eat or what you will put on or the liveability of your city?

But what are we to seek? The kingdom of God. And that includes people from all nations, tribes and tongues. And to reach them, we need to go to them. That means we need to give up our desire for liveability, and pursue the priorities of God.

For some, that means leaving a top 10 city?